If you have time, we recommend you to visit some of the wonderful sights of Veliko Tarnovo. Here is a list of a small part of them: 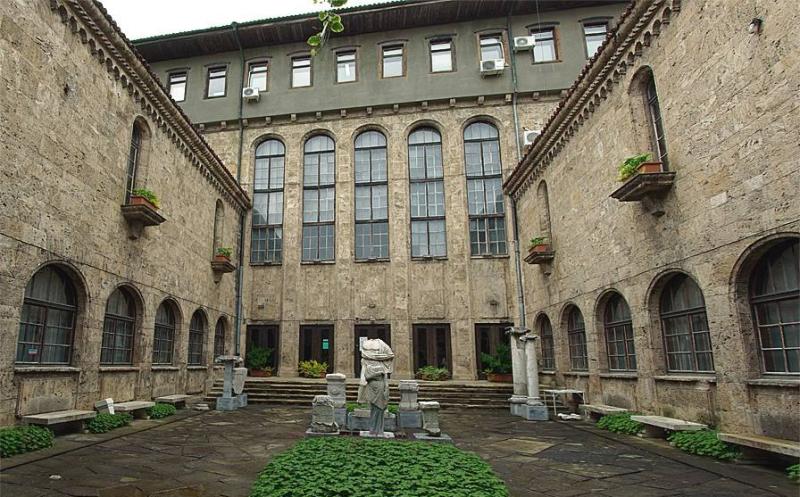 The Archaeological Museum, which presents the exhibition "Tarnovgrad - the capital of Bulgaria XII - XIV century", is located west of Saedinenie Square. The archeological monuments exhibited in it illustrate the millennial history and culture of the Veliko Tarnovo region, with an emphasis on the period when the city was the capital of the Bulgarian medieval state. 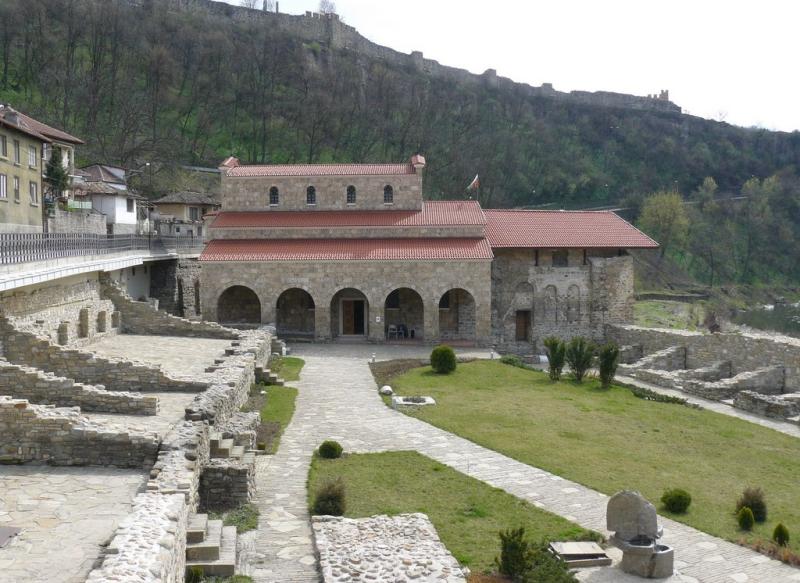 This church is the most famous medieval Bulgarian monument in Veliko Tarnovo. It was built and frescoed by the Bulgarian Tsar Ivan Asen II in honor of the great victory of the Bulgarians at Klokotnitsa over the troops of the Epirus despot Cyrus Theodore Comnenus on March 22, 1230. In the XIII-XIV centuries the church of St. Forty Martyrs was the main church of the Great Lavra Monastery, which was located at the foot of Tsarevets on the left bank of the Yantra. It was also a royal church during the reign of Ivan Assen II. In the years of Ottoman slavery, probably until the first half of the 18th century, the church remained Christian. With its transformation into a mosque, the frescoes, icons and iconostasis were destroyed.

Systematic archeological excavations began in 1969. Kaloyan's burial, discovered in October 1972, is of great interest. It is of a man, about 1.9 m tall, in rich military clothing, decorated with intricate embroidery with woven gold tinsel and pearls, on his hand with a preserved massive gold ring seal weighing 61.1 g, which has a heraldic image of a leopard and an inscription in negative: "Kaloyan's ring". A seal with the same heraldic sign was opened in 1981 - irrefutable proof of the coat of arms of the Bulgarians in the Asenovtsi dynasty. 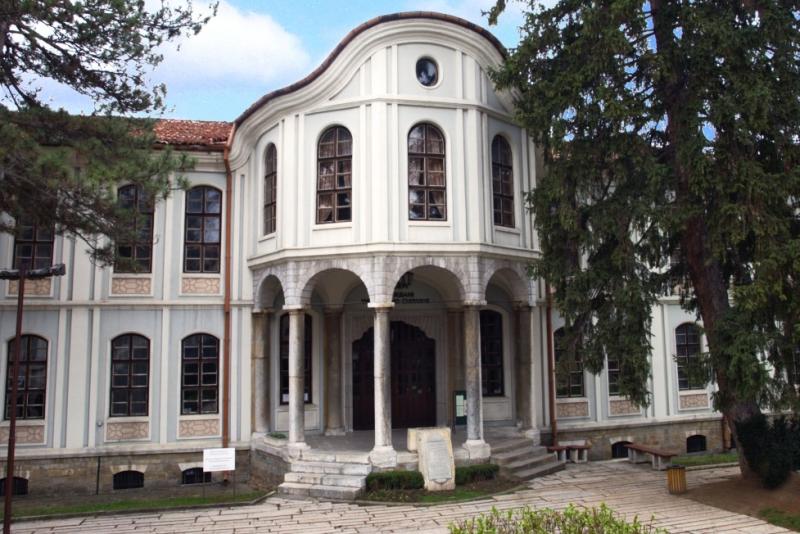 The Revival and Constituent Assembly Museum is located in the northern part of Saedinenie Square in Veliko Tarnovo. The exposition is located in a building of the old Turkish konak. This architectural monument was built in 1872 by the great Revival builder master Kolyu Ficheto. In 1985 the adaptation of the building was completed in view of its purpose as a museum. The exposition is spread over three of the floors. 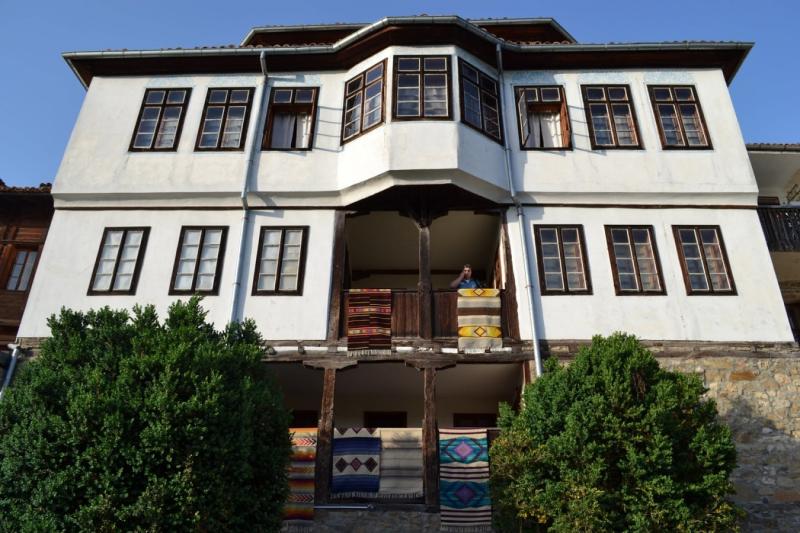 Sarafkina House is located on Gurko Street in the Revival part of Veliko Tarnovo. It was built in 1861. It was intended for the home and workplace of Dimo Sarafina. In 1965 it was declared a cultural monument of national importance. Since 1981, the Sarafkina House has been a museum site where ethnographic exhibitions are presented. 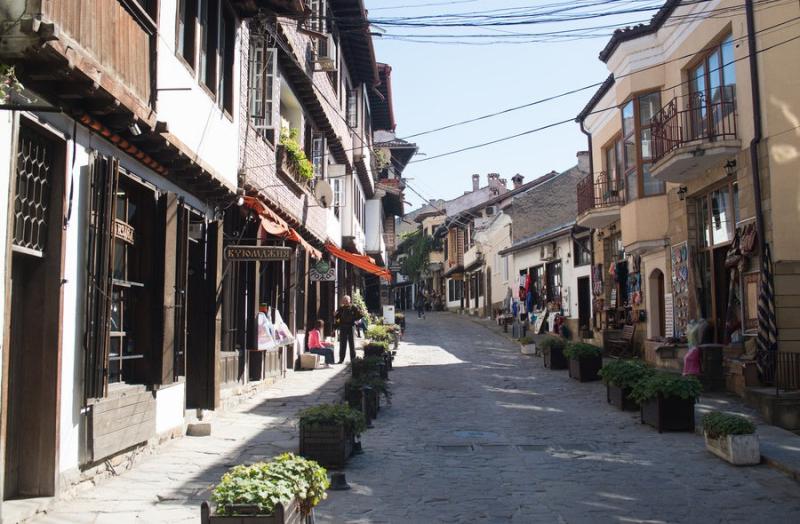 The Samovod Bazaar was established in the 1860s, when Tarnovo began to grow west of the Bajdarlak business center. Two streets with trade and craft shops, workshops and inns were formed. One of them starts from a small square, now known as Samovodski market. During the years of the Revival there are grocers, bakers, blacksmiths, halashka and others bazaars, Hadji David's, Hadji the Great's and Athanasius Jonoolu's inns. Here is the convent of the Hilendar Monastery. Along the alley, which starts west of the Samovodski market, along with the handicraft workshops, there is the preserved inn of Hadji Nikoli. After the Liberation, this economic part of Tarnovo preserved for a long time the traditions of the Revival craft bazaars. It became a symbol of the craft and trade character of the old town. 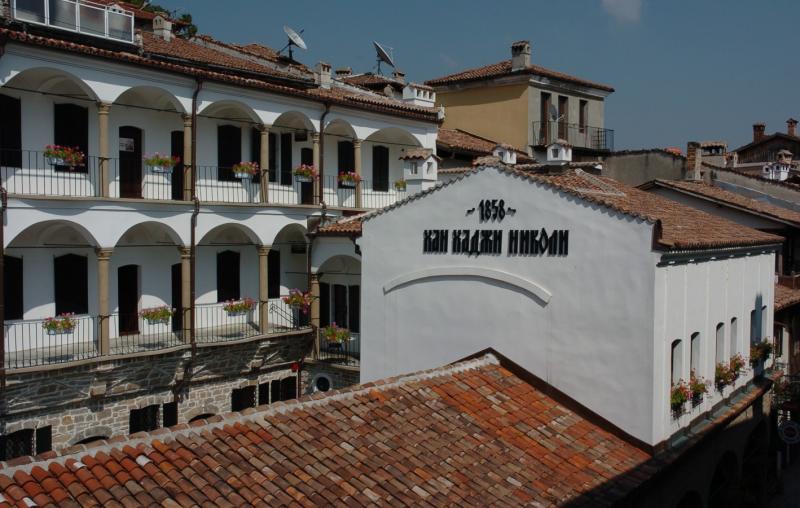 Hadji Nikoli Inn is an integral part of the cultural and historical heritage of Bulgaria and an indisputable architectural masterpiece of the Renaissance. It was built in 1858 by order of the Tarnovo merchant and participant in the struggle for an independent Bulgarian church Hadji Nikoli. The design and construction are work of master Kolyu Ficheto, who created a magnificent monumental building, which is still compared to a Venetian palace. It is significant also due to the fact that it is the only survivor over the years in Tarnovo. The complex of the unique Hadji Nikoli Inn is currently in its original form and enjoys a new life with authenticity and modern comfort. After a long restoration, Hadji Nikoli Inn opened its doors in March 2010 as a kind of cultural center - a complex of exhibition halls with a museum and art gallery, restaurant and wine bar. 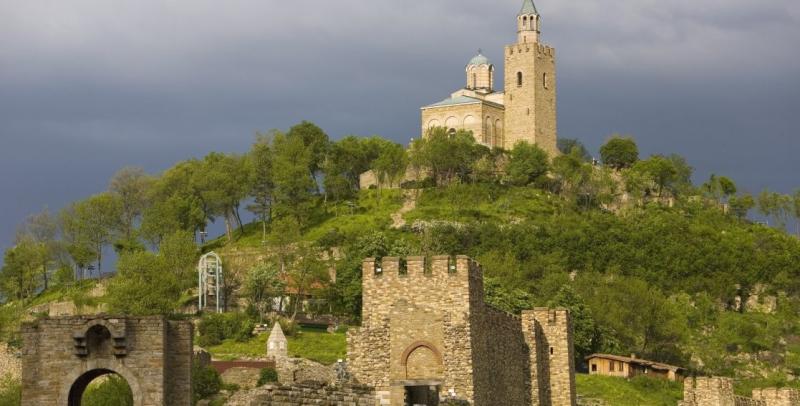 The dominant position of Tsarevets Hill and its natural inaccessibility have determined the choice here to be the center of supreme government. The relics of the most revered Bulgarian saint - St. Petka Tarnovska - were laid in the palace church. The patriarchal complex, surrounded by a fortress wall and towers, covers an area of ​​2,413 square meters. It housed the library, the scriptorium, the patriarch's living and office quarters, and the monks' cells. The rest of the fortress is densely built up. Archaeological excavations have uncovered the foundations of 470 residential buildings, an architectural complex inhabited by a high-ranking Bulgarian aristocrat, an inn. During the capital period, 23 churches and 4 city monasteries functioned in the fortress.

The earliest evidence of the existence of Arbanassi is from the end of the XV - beginning of the XVI century. During this period it was owned by high dignitaries in the Ottoman Empire. The preserved tax registers give information about the crafts that were practiced in the village - pottery, tailoring, painting, shoemaking, goldsmithing and others. An important factor affecting the overall prosperity of Arbanassi is education and the organization of educational work. In the XVII century, cell schools were attached to the temples in the village. The rapid economic and cultural development of Arbanassi was forcibly interrupted in 1798, when it was attacked and devastated by Kardzhali troops. After some time, the village gradually recovered from the pogrom, but never reached its former glory.